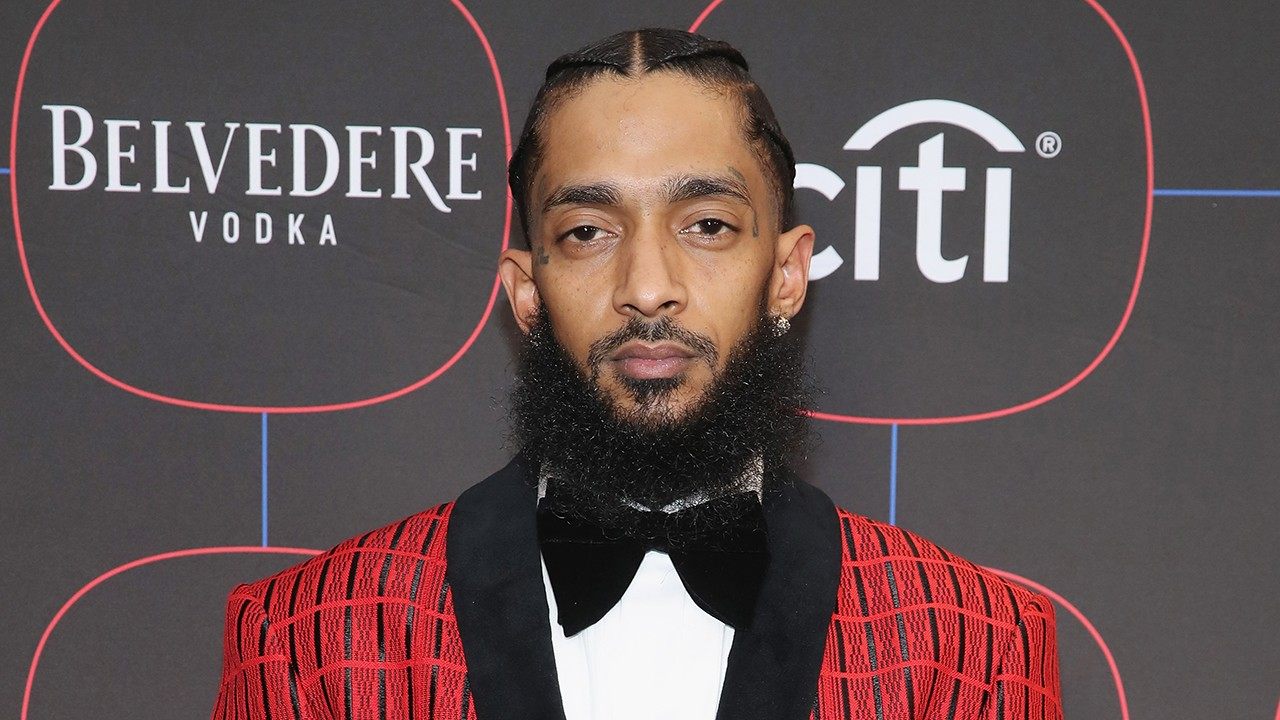 Ermias Joseph Asghedom popularly known as “Nipsey Hussle” or “Neighbourhood Nip” was an American rapper, songwriter, entrepreneur, and community activist born and raised in Los Angeles, California. Besides music, he was a prolific business man who built businesses and brands in his neighbourhood as a way to add value and bring employment to black men just like him. In an unfortunate event on the 31st of March 2019, Nipsey Hussle was fatally shot in front of his Marathon clothing store in his neighbourhood. Before his untimely passing, Nip shared lots of game and advice that ultimately placed him in a different space to his fellow rappers. He was prolific and his impact to the world will always be written in stone. Though Nipsey Hussle is gone, millions will uphold his legacy forever. Below are three (3) success and hustle advice from Nipsey Hussle success. 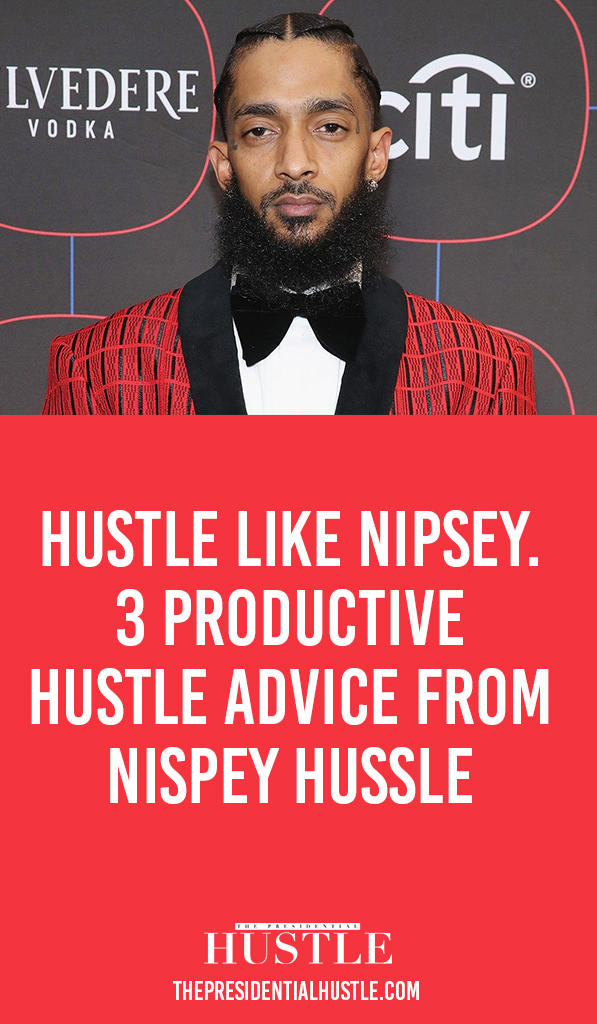 When asked why the first record off his Victory lap album was“Rap Niggas” (which is a song where Nip was saying “Am nothing like you other rap niggas” – pointing fingers at the other rap artistes and how they move compared to how he moves, he said the key to success in the music industry and life is to stand out, to distinguish yourself, its about the unique things about you, things that sets you apart and avoid doing things that makes you blend in.

He went ahead to say,  its not only cool to stand out but to also be proud of what makes you stand out and also be loud about it. Everyone is different and have different personalities, abilities and operate at different frequencies. So, the best way to be original is to be true to yourself and what makes you different. People will notice this about you and you will placed in a different lane and not marginalized with the crowd. What are those things you have that no one else has? what makes you standout? Now, put those things into whatever you do. Whether in business, how you communicate, your career or whatever you find yourself doing, this will add a personal touch to what you do and make it / you unique.

“Success to me is just being able to do what you love to do and support yourself all through.” – Nipsey Hussle

“We got turned down, we failed, had set backs, had to start over a lot of times. But we kept going at it. In anybody’s case that’s always the distinguishing factor.” – Nipsey Hussle

“I just believe in ownership… I believe in investing in yourself…Your foundation should be strong.” – Nipsey Hussle

“Success or greatness come with a roller-coaster ride… anybody can apply the marathon concept to what they do.” – Nipsey Hussle

“On a mission your worst enemy is idle time.” – Nipsey Hussle

“If you don’t have a plan, it’s very hard to really have faith in what you’re doing ’cause soon as something pop up, it’s gonna look like the end-all.” – Nipsey Hussle

“And it’s possible to monetize your art without compromising the integrity of it for commerce.” – Nipsey Hussle

#2. Be Dedicated to The Lifestyle of Going Hard Everyday.

Grind is everything. “I am a grinder”, and “I’m dedicated to the lifestyle of going hard everyday”, these were the words Nipsey said when asked what makes and made him a good business man. Its important to love the grind, enjoy the process and be willing to keep grinding everyday towards your goals and dreams. If you want it, you gotta go get it. The road to your desired end goal will be tough and rugged, but always have the end picture in mind.

This will keep you dedicated and hungry. Some people do not give their craft 100% and this is what separates the people who go get it and those who don’t. Even when the money starts coming and fame sneaks up on you, you still have to be dedicated to the lifestyle of going hard everyday. Never get complacent! 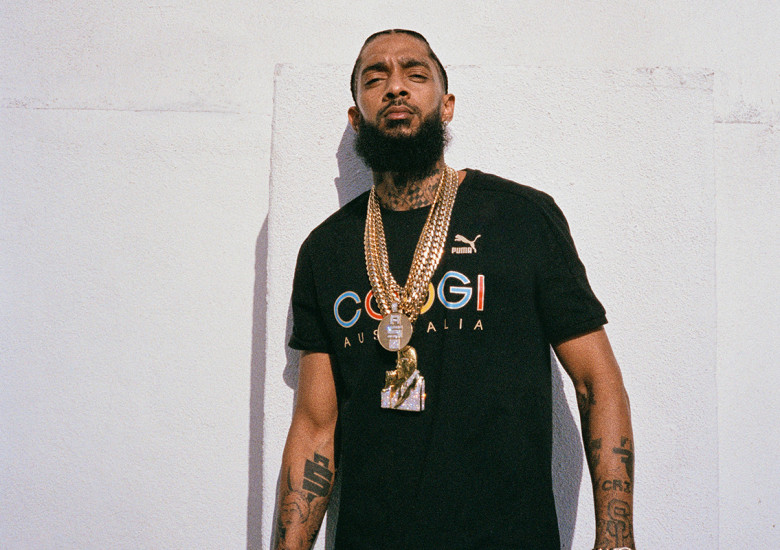 #3. Be Comfortable Working with What You Have.

In his interview on Forbes, Nipsey was asked what it means to be self-employed and he answered by saying “Being self-made means never making an excuse as to why you can’t take steps toward whatever your goal is”.

He went ahead to say “Being self-made also means being comfortable working with what you have” It’s about realizing there are different levels throughout your journey, and you have to be patient. Most people want to skip the process, not knowing that when you skip steps, you miss the lessons.

If you start small and build on what you have, you can continue to multiply that into something greater, while picking up all of the valuable lessons along the way. You learn all of the secrets to the game on your way up.  If you’re not willing to embrace getting it off the curb, you’re going to fumble anyway once you get your hands on something substantial.

You will mishandle it, because you missed all of necessary the steps. Being self-made is about embracing the process, knowing that you’re going to get all of the valuable jewels that you can’t teach someone — wisdom only the game and experience can teach you. Nispey said it best. Do not let social media and life of other people make you think things come easy or it should come fast, you should be willing to eat shit for a while so you can buffet for the rest of your life.

Writing this post was emotional for me because I got to listen to a lot of interviews, talks and watch more of Nip’s video and it put things into perspective how fragile life is and how great people live among us but we never acknowledge their greatness and also how important it is to hustle and grind because this isn’t a sprint, it’s a marathon! Lets go! Lets work! Let’s win!