Alot of things can and has been said about Donald Trump, one thing that everyone agrees on is that he’s a HUSTLER! A very good one at that. Trump’s book – The Art of The Deal was the first book I read. I remember reading that book on my GrandMother’s dining table in Nigeria. At that time, I just got into reading books and I can’t remember why but Trump’s book was the first I bought and read and hey! I enjoyed it. I learnt how to be confident in your offerings when in the process of negotiating a deal, how to position yourself in way where people can’t f*ck with you, be accountable for your time and how to be a great entrepreneur with a billion dollar dream. I later went on to read Think BIG and Think like a Billionaire and Midas Touch by Trump. Enough of me and Trump’s bromance.

Who The Heck Is Donald J Trump?

Donald J. Trump is the very definition of the American success story, continually setting the standards of excellence while expanding his interests in real estate, sports and entertainment. He is a graduate of the Wharton School of Finance. An accomplished author, Mr. Trump has authored over fifteen bestsellers, and his first book, The Art of the Deal, is considered a business classic and one of the most successful business books of all time. And he is the 45th Presidential of the United States.  ( source: donaldjtrump.com )

Donald Trump can be quoted saying “I don’t do it for the money. I’ve got enough, much more than I’ll ever need.  I do it to do it.“ I know most people will think – hey! Its easy for you to say that because you already have the money but I think I get what he’s saying once you read what he says next, He says “Deals are my art form. Other people paint beautifully on canvas or write wonderful poetry. I like making deals, preferably big deals. That’s how I get my kicks.”. Now that’s some had sh*t. (excuse my french) Knowing why you do what you do and the feeling you get from it is what will always separate the successful people from the ones dangling through life.

I think what I was able to catch from it is – doing it based on the feeling it gives you (preferably a good feeling). For example, when music was still a honest “trade” in the early 80’s and 90’s, most artists did it for the love of music, because according to some, the feeling they get when they sing takes them away from their current problems and takes them to higher place; becoming a super rich star wasn’t the initial motive, it comes along with the package, so, doing it for the feeling you get is key.

“Nothing great in the world has been accomplished without passion” – Trump

But then, why do people go to work they hate and spend 9-5 on a desk or standing doing something they don’t like or enjoy? in my opinion its because they have been able to brainwash themselves (brainwash is too harsh of a word, but that was came to my mind) to  ignore the bad energy and feeling doing the job they do gives them. Everyone in  my opinion has something that they do that makes them feel great and feel like the best versions of themselves.

For me, its innovative designing. I love picking things up and adding my twist to it to create another thing. I really don’t like doing things from the scratch when it comes to design, I love building on already created things, I love taking it to the extreme.

And another thing I love doing is reading or consuming information with the aim of not only benefiting myself but sharing with others either by talking, in videos, or by writing! I love sharing information. I get a rush when am able to create new contents that will be of help to people. So, its important to know the feeling you get from what you do. If there is something you do that makes you feel like the strongest version of yourself, do that!

Donald Trump has been working with his father almost all his life until when he graduated from college at the age of 22 in 1968. After a few years of working with his dad, he took over his father’s company which was at that time named “Elizabeth Trump and Son” and his father’s business was focused on building and renting mid-market apartments in Brooklyn, Queens and Staten Island, New York; however when Donald took over, he renamed the business to “The Trump Organization” and he had his eyes on the big pie – Manhattan. Just like we thought he would.

Trump immediately sought out building real estate projects that were larger and that carried higher profiles than his father’s outer-borough apartment blocks. With the skills he had learned whilst working for his father, one of which was the eyes of recognizing “distressed real-estate gems” which he would buy, renovate and cash out on, and in the 70’s then, New York city was sliding towards Bankruptcy (Investopedia) , so there were lots of gems around.

Turning New York into his play ground, Trump was able to put his mark – his name on the city. Although well-known as a real-estate tycoon, he has been able put his leg into Hotels, Golf Courses, Casinos, Model Management and a Perfume line – Success by Trump amongst others.

The punchline here for me is to Think Big. Not being “okay” or satisfied with your current successes, there can and will always be room for doing bigger things than whoever brought you into the game ( in his case, his father Fred did ). Think Big!

Yes. you heard it right! Have some fun. Hustlers and entrepreneurs these days are so concerned about the end goal (which is not a bad thing) but they forget to have fun and relax and most importantly enjoy the process.  Trump can be quoted saying “If it can’t be fun, what’s the point? Life is very fragile, and success doesn’t change that. If anything, success makes it more fragile.

Anything can change, without warning, and that’s why I try not to take any of what’s happened too seriously.” Whats the point of “doing what you like” and hustling but not enjoying it? Entrepreneurship should be enjoyed. Even though we entrepreneurs and hustlers in my opinion, are the hardest workers, we should also be the people who have the most fun because not everyone is opportuned in life to do what they love and make money from it, hustlers are the exception. “I don’t spend a lot of time worrying about what I should have done differently, or what’s going to happen next.

What do my deals add up to? I’m not sure, except that I’ve had a very good time making them.” So, even though you are hustling and bustling and aiming for that end goal, the key or the punchline here is to enjoy the process, no regrets, no over pondering!

I hope you enjoyed the 3 Productive Hustle Advice From Donald Trump and picked up one or two things, I would love to know your thoughts on the post in the comment below. Lets talk!

[Video] Talking About Content & ROI of Blogging For Business 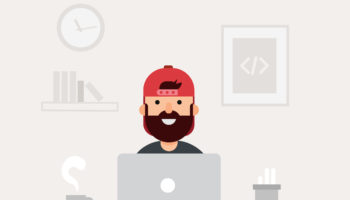 Motivating i must say…. The storyline of trump is something that be emulated…..

Hey Oluwole, yeah! Most people always overlook his hustle life and only focus solely on his “wide mouth”

Thanks for taking time out to read the post.

I really do not see how you can ever claim to be a business minded individual and pretty much an entrepreneur if you can not add your tweak and twist to the global market and while you do it in your very own way, have fun. It is a copy and paste market where only your distinctive tweaks keeps you being relevant. I personally stands with the notion always… “go big or just go back home.”

Hi Eric Juwon, I totally agree with you. “go big or just go back home.”

Thanks for taking time out to read this post 🙂

I never hated him, even when it was said that he is a racist. Like how do you hate a real estate billionaire that ain’t Hitler

I’ve got much to learn from him