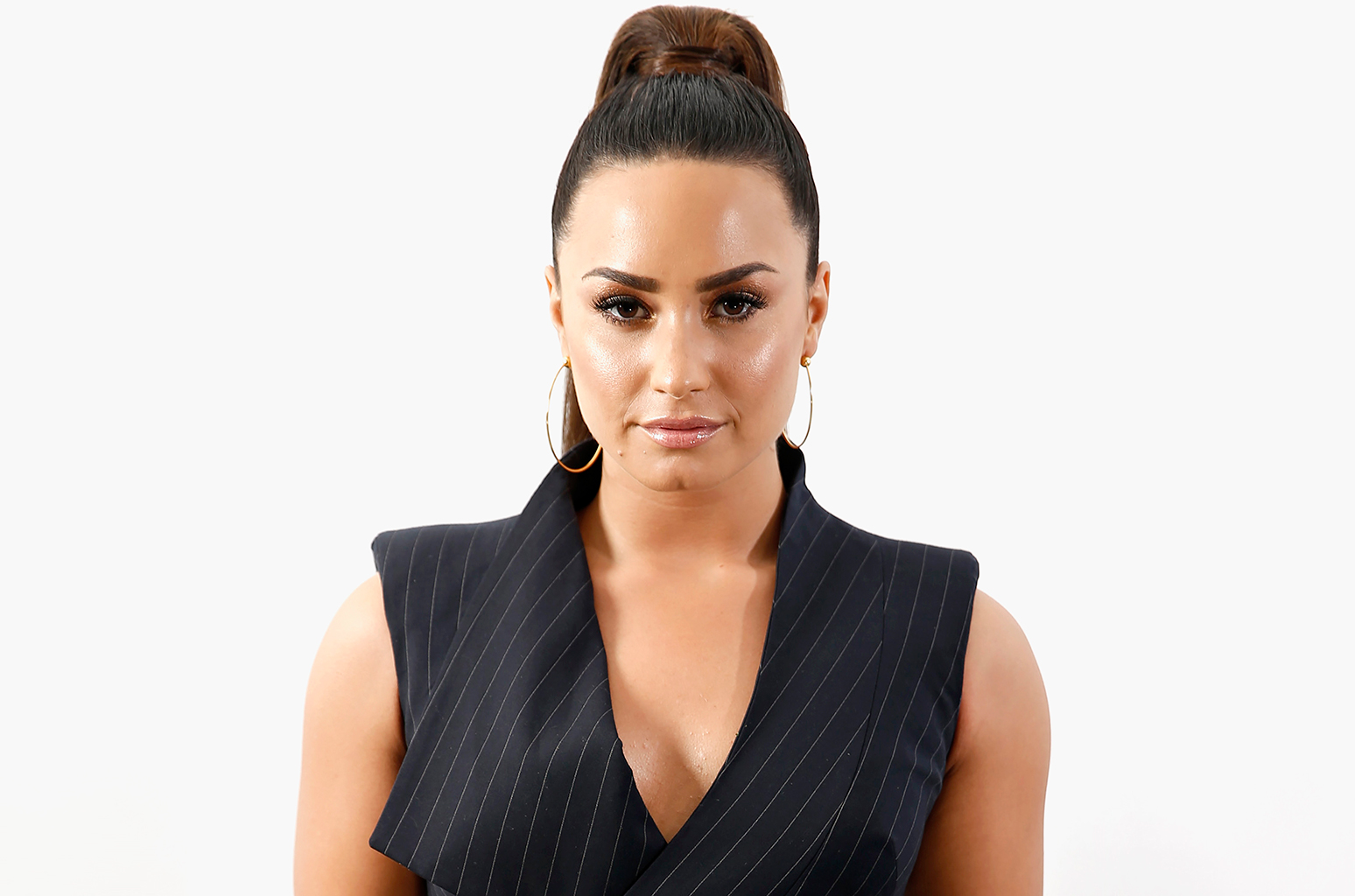 Demetria “Demi” Devonne Lovato was born in 1992 in Albuquerque, New Mexico. Before she became a pop star with top charting singles such as “Skyscraper” and “Sorry Not Sorry”, she was a former Disney star and starred in movies such as ‘Camp Rock’ (2008) and its follow up ‘Camp Rock: The Final Jam’ (2010). On  July 24 2018, she allegedly suffered a heroin overdose that left her hospitalized. Over her career, she has always openly talked and made music about her addiction; like her latest single “Sober” where she said things like “Momma, I’m so sorry I’m not sober anymore”. Despite her recent substance issue, she is a successful pop star who launched a successful recording career with the release of her debut album, Don’t Forget, in 2008 and she has kept a steady pace of album releases;

Her talent and skill in singing and acting has helped her to amass a $33 million fortune as of 2018. She has been acknowledge and awarded with numerous Teen Choice Awards, People Choice Award, MTV Video Music Award and more for her music and acting.

Demi Lovato’s Net Worth and Life 2018 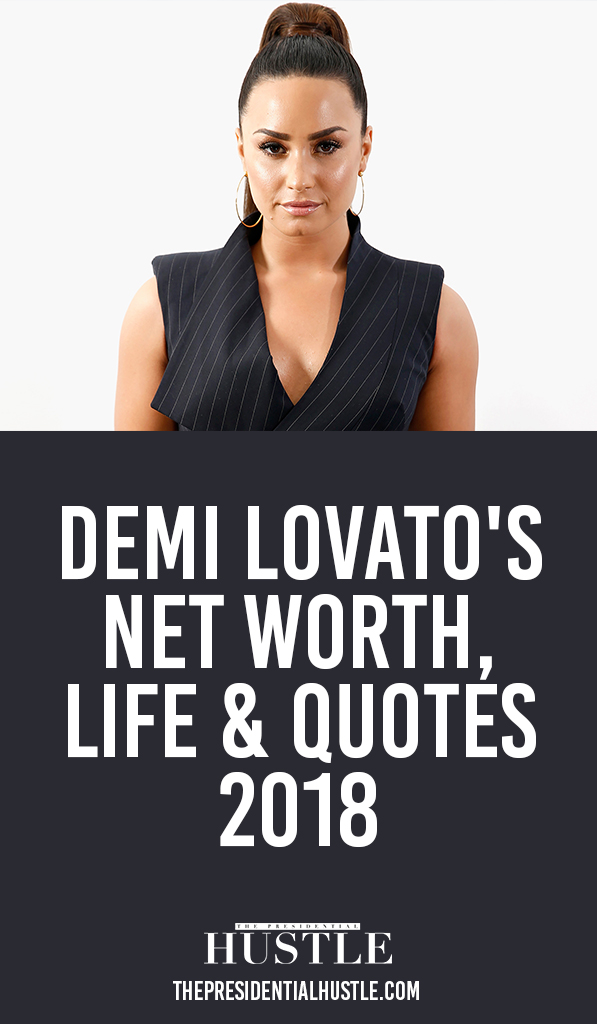 Demi Lovato was born into a family of entertainment, her mother Dianna Lovato was a former country music recording artist and a Cowboy cheerleader for Dallas. Her older sister is also a singer and actress. Demi began playing piano at age seven and guitar at ten. She started pretty young and has always won awards in various local talent contents. In 2002 when she was only 10, she launched her acting career by being a frequent cast in the children’s television show “Sonny With A Chance” in the Disney television series which ran until 2011.

Over the years, Demi has gone to appear on shows such as Prison Break, Split Ends, As the Bell Rings, Just Jordan, Studio DC Almost Live, and Grey’s Anatomy.

2007 can be considered the year Demi Lovato started her professional career officially. She played Charlotte Adams on the Disney Channel short series As The Bell Rings. She also played the lead character of an aspiring singer in Camp Rock, the film was shown to upto 8.5 million viewers and premiered on June 20 2008. She sang four songs on the soundtrack for the movie and began her album pre-release tour “Demi Live! Warm Up Tour” Her first album Don’t Forget was released on September 23, 2008 and gained tremendous success.

It went up to number 2 in Billboard 200 also selling 89,000 in it’s first week and was certified gold by the Recording Industry Association of America (RIAA) for US sales of over 500,000 copies. About 10 of the songs were co-written by the Jonas Brothers. Her second studio album “Here We Go Again” was released on July 21, 2009 which had more of an acoustic style to it similar to that of John Mayer. It was also a successful release as it debuted on the Billboard 200 with first-week sales of 108,000 copies.

After quitting acting to comeback to it “when I feel more confident doing so”, she released her third album “Unbroken” which was released in 2011 and it featured the platinum top 10 Billboard hit “Skyscraper” selling about 176,000 digital downloads during the first week of it’s release. As of 2014, the song has sold over 2.1 million digital copies and the official video received Best Video With A Message award at the September 2012 MTV Video Awards. 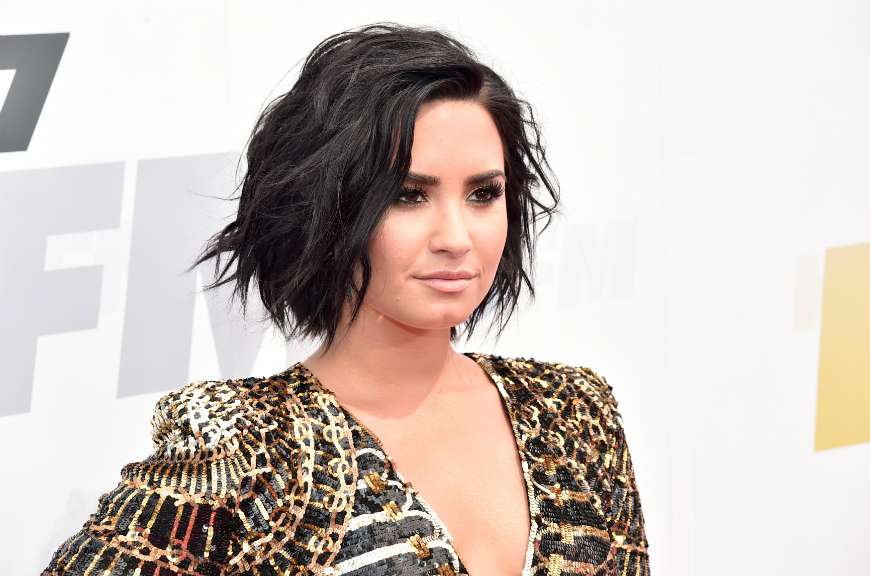 This incident got people asking is Demi Lovato dead or alive? She was reported to be stable and recovering later in the day.

No matter what you’re going through, there’s a light at the end of the tunnel and it may seem hard to get to it but you can do it and just keep working towards it and you’ll find the positive side of things. – Demi Lovato

“I think scars are like battle wounds – beautiful, in a way. They show what you’ve been through and how strong you are for coming out of it.” – Demi Lovato

“Never be ashamed of what you feel. You have the right to feel any emotion that you want, and to do what makes you happy. That’s my life motto” – Demi Lovato

“I don’t let anyone’s insecurities, emotions, or opinions bother me. I know that if I am happy, that’s all that matters to me” – Demi Lovato

“I learned that you go through things, you deal with them and that’s what empowers you and ultimately makes you a happy person” – Demi Lovato

“Life is precious and it’s what you do with it that keeps you alive on the inside. It’s not enough just to live and take that gift for granted. Each one of us has fears, but the more we work to overcome them, the more we are able to enjoy our lives.” – Demi Lovato

A very strong woman, Demi Lovato has inspired millions of people with her music and talent. She has gone up and down with depression and substance abuse but still remains a source of inspirational and a role model to a lot of people. She is involved with a lot of charity organizations including the LGBT community, she continues to make use of her star power to add value to lives of people around the world.