by Daniel Damilola Nejo on September 30, 2018 add comment 7.33K views
Dwayne Michael Carter Jr. a.k.a Lil Wayne was born on September 27, 1982. He is a Rapper, Songwriter, Singer, Record Executive, Entrepreneur and Actor. He’s  self-acclaimed the greatest rapper alive and has won 5 prestigious Grammies for his lyrical and musical genius. He started rapping at the age of nine (9) and was discovered by Bryan “Baby” Williams (Birdman) who signed him under Cash Money records as the youngest member on the label. He is known for creating numerous mixtapes and being featured on so many songs, if Wayne drop a 16 on a song, it would become a hit!  His most recent album “The Carter V” which was supposed to be released in 2014 but was held back due to contractual disputes between Lil Wayne and Cash Money Records was released on September 28, 2018 as a birthday gift to the world, it featured the likes of XXXTentacion, Travis Scott, Nicki Minaj, Kendrick Lamar, Snoop Dogg, Ashanti, Mack Maine and Nivea. Lil Wayne’s album “Tha Carter III” is his most successful album till date with first week sales of over one million copies in the United states. The album went ahead to win a Grammy award for Best Rap Album, top singles such as “Lollipop”, “A Milli” and “Got Money” were featured in the album.

Lil Wayne’s net worth as of 2018 is $150 million, making him one of the richest rappers in the world.

To date, Lil Wayne has released 12 studio albums and has been instrumental in launching various artists careers such as Drake, Nicki Minaj, Tyga and a host of others. 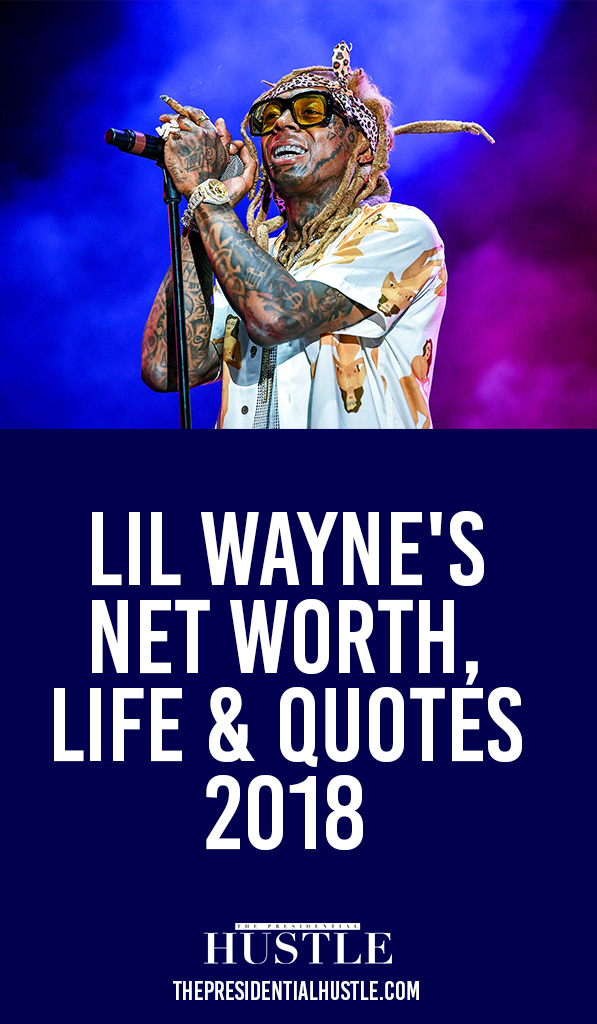 Lil Wayne was born and raised in Hoolygrove neighborhood of New Orleans, Louisiana. He’s mother gave birth to him when she was 19 years old, his father and her splitted when he was 2 years old after which his father abandoned the family. He grew up considering his step-father Reginald “Rabbit” McDonald as his real father and has a tattoo dedicated to him on his body. He started rapping at the a very young age and has been considered to have written his first rap at the age of eight (8), he met brothers Bryan (Birdman) and Slim Williams, the founders of Cash Money Records and he knitted a relationship with them which made them see and believe in his talent enough to sign him as the youngest member of the Cash Money Records. They mentored and had him under their wings.

Wayne’s first song under Cash Money Records was True Stories (1993) which was a collaboration with rapper B.G. Being a kid from the hood, Lil Wayne sold crack for a while when he wasn’t in the studio and actually shot himself accidentally in the chest with his mom’s gun and was rushed to the hospital by an off-duty police officer, he was hospitalized but “bounced back” in two weeks according to him in an interview with Rolling Stone 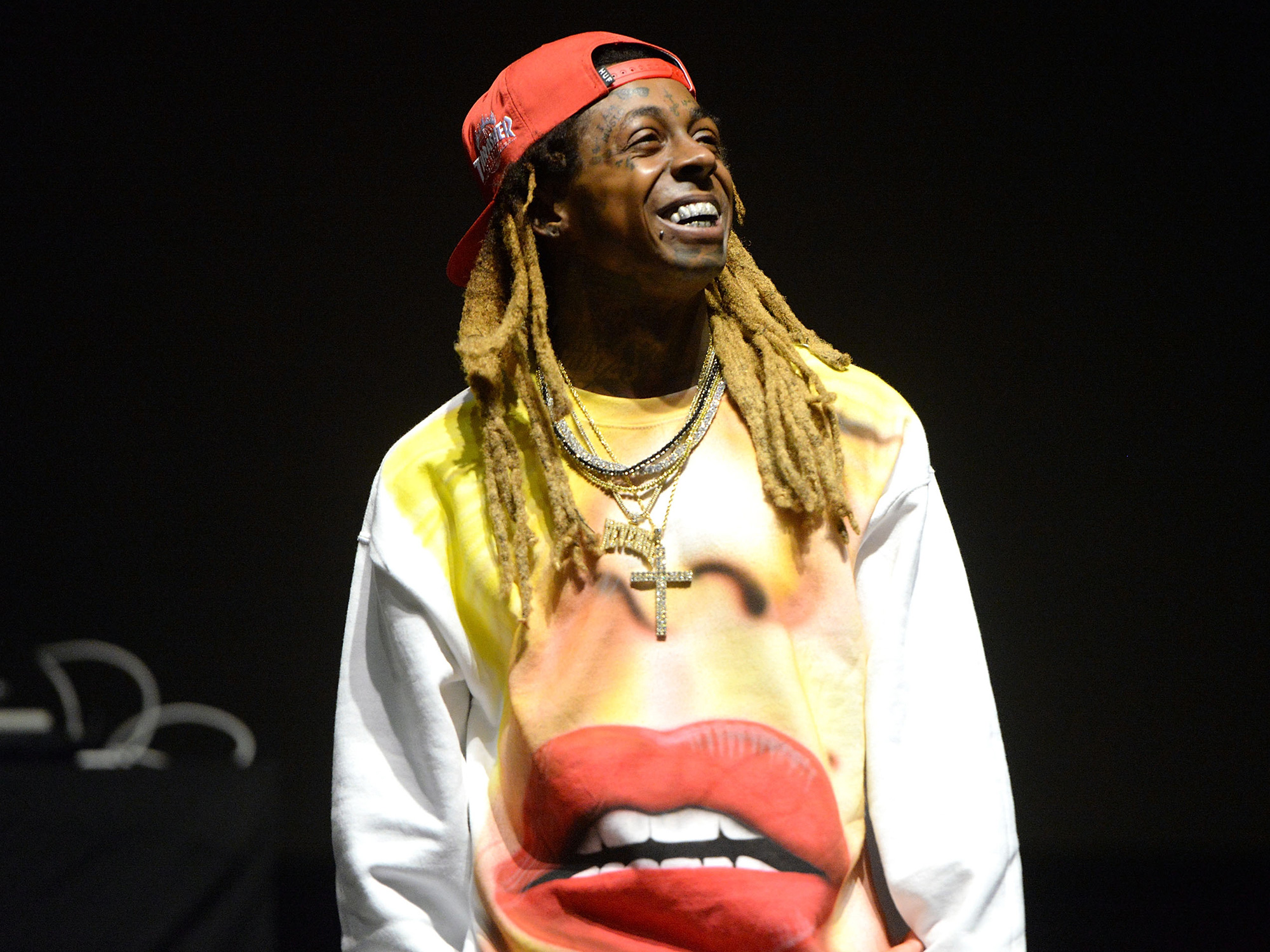 At the age of 15, Wayne joined the Hot Boys which was an American Hip Hop group comprising of Juvenile, B.G., and Turk. Weezy was the youngest of them all. Their debut album Get In How U Live was released in 1996, the same year Wayne joined the group. During their Career as a group, they had two charting singles . His first solo project, an album titled “Tha Block Is Hot” was released when he was 17, it debuted No. 3 on Billboard 200 and certified platinum.

Wayne’s second and third albums “Lights Out” and “500 Degreez” didn’t match the success or hype of his debut album but things changed when he released Tha Carter in summer of 2004, the album went ahead to sell 878,000 copies in the United States, this album also acted as the debut of his now-signature dreadlocks look. Without wasting anytime, Wayne went back into the studio and released Tha Carter II in 2015 which sold 238,000 copies in the first week of release and debuted No. 2 on the Billboard 200 albums chart. The album did very good.

In 2006, Birdman and Lil Wayne released a joint album “Like Father, Like Son” and the first single “Stuntin’ Like My Daddy” reached No. 21 on the Billboard Hot 100. Wayne continued to dominate the game through features on numerous artist’s songs and releasing album worthy mixtapes. Lil Wayne released his most successful album to date “Tha Carter III” on June 10, 2008, the album sold over 1 million copies in its first week, this was the first album to do so since 50 Cent’s album release in 2005.

The album won 4 Grammy Awards, Tha Carter III was certified double Platinum. This year was a huge year for Wayne and he featured on so many songs! In 2009, Wayne released a collaboration album with his artists on Young Money called “We Are Young Money”. The album had singles such as “Every Girl”, “Bed Rock” and “Roger That”. On his 28th birthday in 2010, Lil Wayne released “I Am Not A Human Being” and the album sold over 953,000 copies in the US with singles such as “Right Above It” reaching No. 6 on the Billboard Hot 100. In 2011, he released Tha Carter IV which peaked at No. 1 on the Billboard 200 with first week sales of 964,000 copies.

The Carter V was supposed to be released in 2014 but wasn’t released until September 2018, 4 years after its planned release date. This was due to contractual issues and disputes with his label Cash Money and Birdman, the label’s boss. Wayne faced a lot of depression during this time as he can be quoted saying that he felt him and his creativity were being held prisoner! He released Sorry 4 The Wait 2, a sequel to his 200 mixtape to compensate for the continued delay in the release of Carter V. The back and forth between Wayne and Cash Money continued, Wayne sued Birdman for $51 Million for monies and royalties owed.

He later released a free album titled “Free Weezy Album” exclusively on Jay Z’s streaming platform TIDAL. Wayne got officially released from Cash Money on June 7, 2018 and it was announced that his album Carter V would be released under Universal Records. The Carter V was released on the 28th of September and features top songs like “Mona Lisa ft Kendrick Lamar” and “Uproar” (Lil Wayne’s Mona Lisa lyrics can be found here) Lil Wayne has four (4) children; Reginae, Dwayne III, Cameroon and Neal, all of whom are from different mothers. Wayne is a legend and one of the best rappers on earth.

Lil Wayne’s Mirror On The Wall

You know what I’m on all summer @originalbumbu #Bumbu

Nothing but love for the fans. Chek out my ON STAGE performance, now streaming only on @Hulu VR!

ON STAGE, now streaming only on @Hulu #VR.

“The more time you spend contemplating what you should have done… you lose valuable time planning what you can and will do.” – Lil Wayne

“Trying to tear down the past prohibits you from building up your future.” – Lil Wayne

“You supposed to be able to do anything in this world. That’s what Martin Luther King told me.” – Lil Wayne

“I look at things as ‘Everything is meant to be.” –Lil Wayne

Lil Wayne is one the greatest rappers alive. He has created a success for himself from nothing but a skill and willingness to see it through, he has also launched the careers of other top charting artists we love today. Despite the ups and downs, he has remained a source of light and motivation for millions of people around the world. We love you Lil Wayne, thanks for making us believe it is possible to be yourself and be what ever you want to be!

We strive for accuracy and fairness. If you see something that doesn’t look right, contact us! Photo Credits: Erika Goldring/Getty Images, Scott Dudelson/WireImage (Please contact if you want images removed)

Upcoming Artists and Creatives, Stop Begging Friends for “Retweets, Shares or Likes”…Do This Instead